Later that afternoon, we availed of the Hanoi Cyclo City Tour we pre-arranged with Viator for $81/PHP3763.64. The package includes a cyclo ride around the vicinity of Hoan Kiem Lake and culminates with a viewing of the Thang Long Water Puppet Theater show.

The one-hour tour provided us a glimpse of some of the Old Quarter’s famous sights, including the St. Joseph Cathedral, Hanoi’s oldest Catholic church. 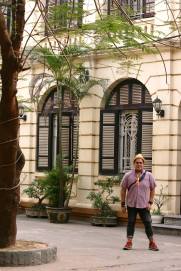 …and the Sofitel Metropole Hotel, one of the most upscale French-inspired hotels in the district. 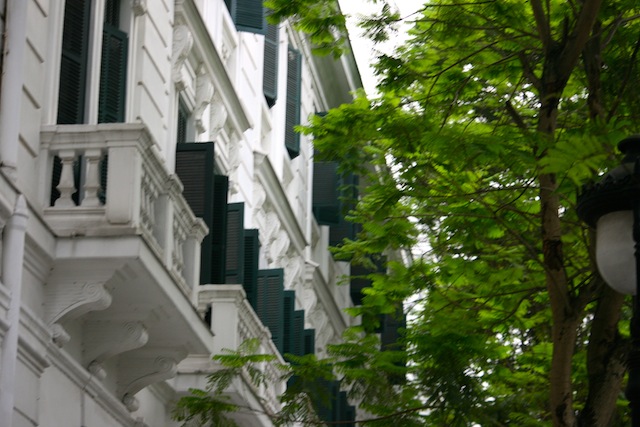 Along the way, we also passed by the monument of Ly Thai Lo, the Dai Viet Emperor who transferred the capital from Saigon to Hanoi in 1010.

The tour concluded just in time for the 4:00pm water-puppet show. The hour-long production offers a sampler of the rich, storied traditional art of Vietnamese water puppetry. It opens with folk music compositions followed by entertaining puppet portrayals of festival drumming, rice-planting, and fishing, just to name a few. 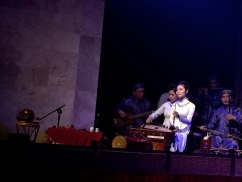 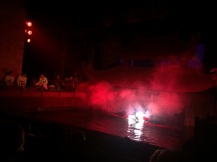 It was only until after the show where we got to explore the vicinity of Hoan Kiem Lake. At the center of which are the picturesque Tortoise Tower and the bright red bridge leading to Ngoc Son Temple.

The bridge to Ngoc Son Temple

We lingered around the district until past sundown. There, we witnessed the lakeshore area transforming into a glittering light show. For our nightcap, we whisked ourselves to the Lotte Tower for a breathtaking view of the whole city from Hanoi’s highest point: the bar aptly named Top of Hanoi. And of course, more sidewalk pho. 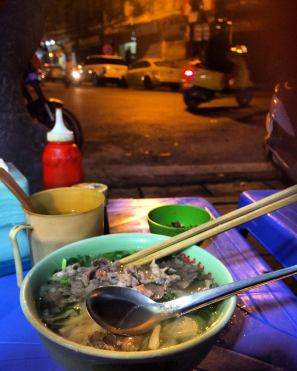