We had just entered Halong City when our designated guide received a call from their head office. The unexpected inclement weather cast a literal cloud on what was supposedly a three-day cruise. Apparently, this country is immune to weather forecasts. Not wanting to put our four-hour bus ride to waste, our travel group unanimously decided to at least push through with a day trip via Seasun Cruise Ship.

No amount of volatile meteorological developments could stop us from witnessing the hypnotic splendor of Halong Bay! 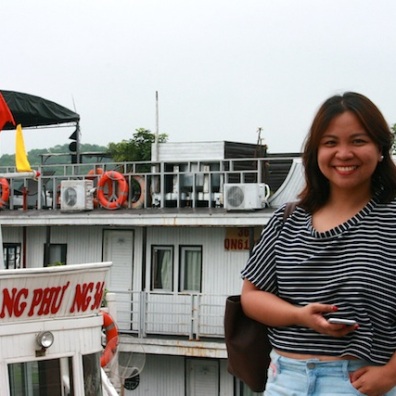 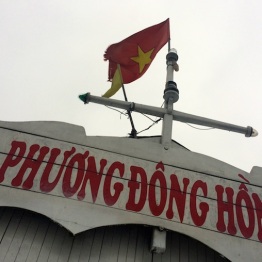 Halong literally translates to “where the dragon descends into the sea”. And legend has it that this spectacular spread of limestone formations were formed by a dragon whipping its tail while swimming through what is now known as the Gulf of Tonkin. Knowledge of that folk tale, coupled with the fog, gave our trip a welcome dose of eerie undertones. 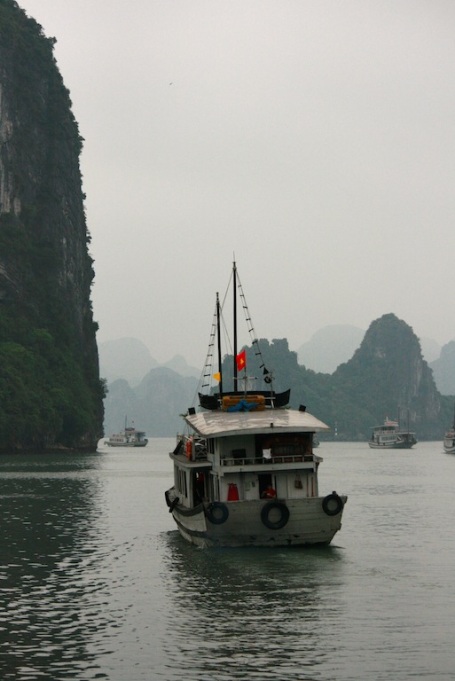 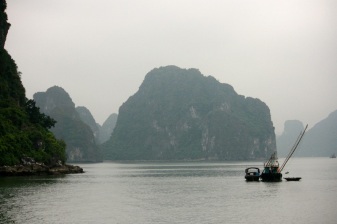 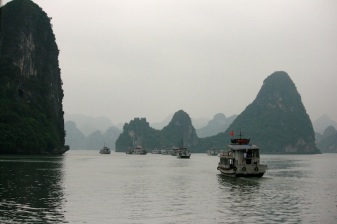 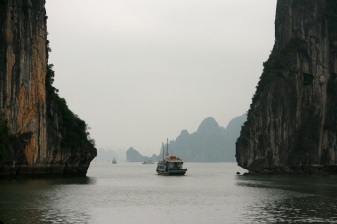 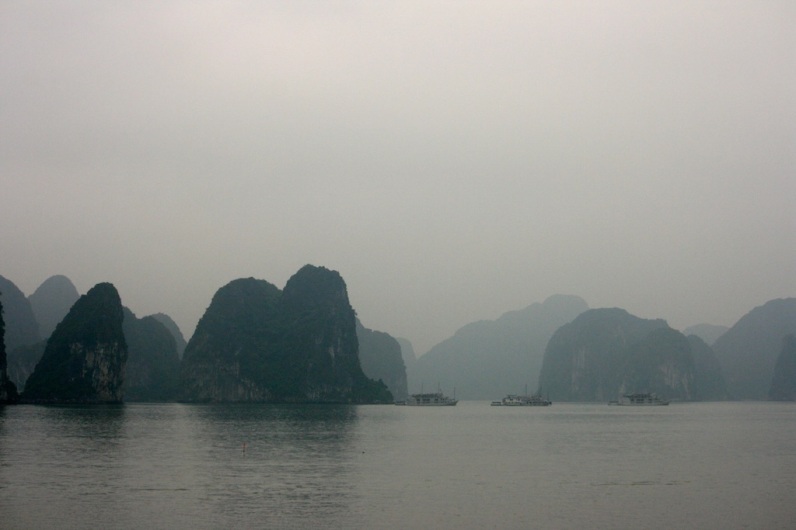 For the first stop in our reversed itinerary, we were brought to a floating kayaking village, where guests can choose to either do some kayaking or be rowed by local boat women.We picked the former. But because of the weather-imposed time constraints, we couldn’t stay long. Soon, we were off to our next stop. 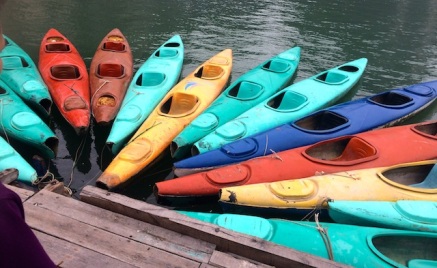 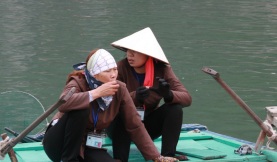 The Dau Go Cave is probably Halong Bay‘s most famous cave and it’s another essential stop in any Halong Bay cruise. Located in the island of Dau, this magnificent limestone cave was formed in a span of 700,000 to 140,000 years and currently stands 24 meters above sea level. One must ascend nearly 115 steps to reach this geological work of art.

Inside, we felt like ants in an colorful grotto, with trippy lighting emphasizing the intricacies of the stalactites and stalagmites. There are even rock formations that bear peculiar resemblance to turtles and Singapore’s symbolic merlion. It’s a breathtaking (and rather trippy) trek, to say the least. 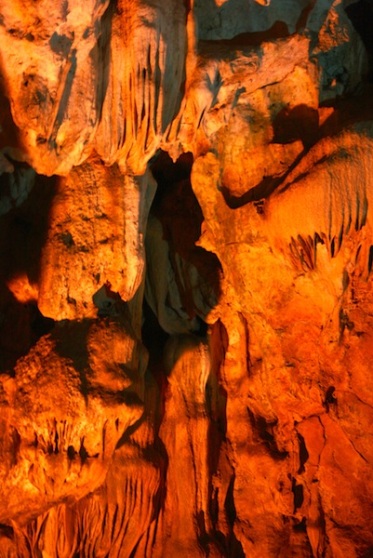 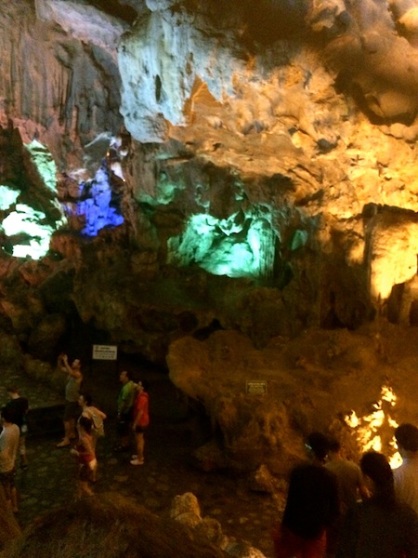 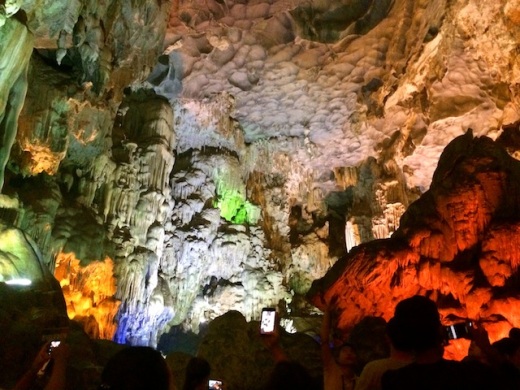 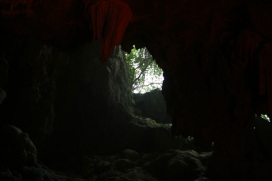 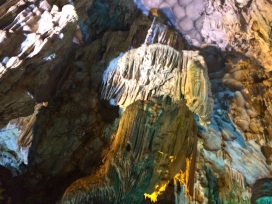 Sunset beckoned and it was time to go back to the dock. En route, we were treated to more limestone wonders floating on the emerald waters. We blamed the weather for being such a killjoy.

‘Til next time, Halong Bay!