The first and last time the Yaps took us to Caw-Oy was back in 2002. It was a Good Friday, and I remember it igniting a petty spiritual quandary: if I enjoy seafood more than meat, is it still considered abstinence? Needless to say, I had quite a binge. It was when I first discovered my stomach’s love-hate relationship with oysters. I spent the remainder of the afternoon nursing indigestion – way to make that first Cebu visit memorable.

18 years since that gastronomic misadventure, we finally made our return. 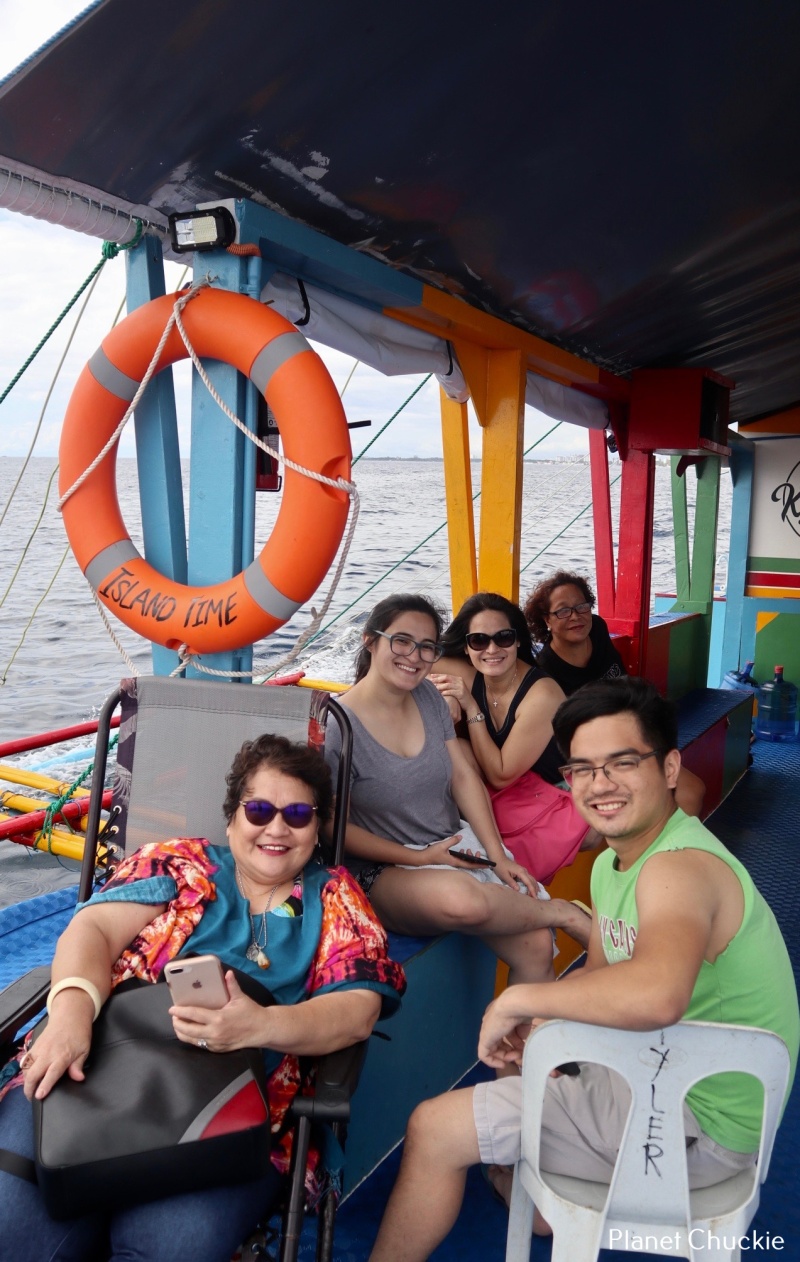 Tita Anna celebrated her birthday that day, so it was only fitting that she had two of her kids in tow. The eldest, Brian, couldn’t join. It almost felt like a time capsule-opening activity, really. Ariane and Christian were still practically toddlers when I last went. Now, I got to converse with them on a near-professional level. We boarded a banca with the words “Island Time” aptly painted on its bow.

Caw-Oy is a barangay situated in Olango, the largest island among an eponymously named island group shared by Lapu Lapu City and the municipality of Cordova. It’s renowned for its plentiful seafood and chain of “floating” restaurants. Well, they don’t float per se. These maritime eateries are planted on stilts and suspended over water, thus only providing the illusion of floating. After nearly half-an-hour, we arrived.

Tito Nelson chose Topie and Dinah. It’s a far cry from what I vaguely recall from the first visit. Back then, we dined at a lone floating hut. This one’s much larger, and had more semblance of a commercial establishment. It’s also one of several other similar restaurants within the vicinity. Just goes to show how popular they’ve become over the years.

As with other similar seafood restaurants, they don’t just settle for menus. Here, they let you “meet” your food options first. 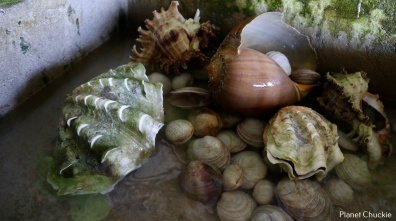 Lunch was a selection of shrimp, squid, and fish, cooked in different styles. 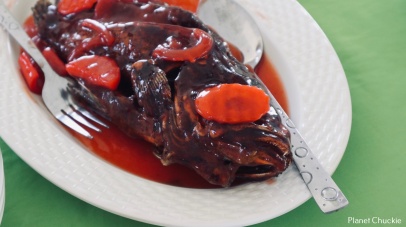 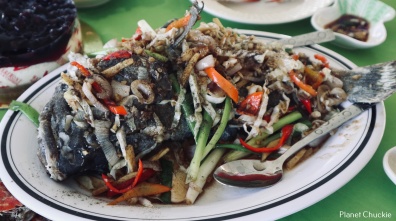 And as customary in establishments like these,  in-house entertainment was provided. The surprising opening song choice: Camila Cabello‘s Havana.

After inhaling our lunch, we still had time to bask. Later that afternoon, the boat took us to one of the area’s snorkler-friendly spots. 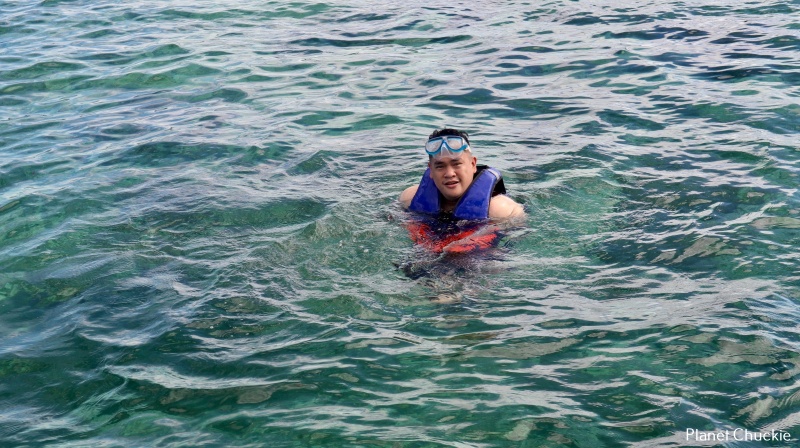