Oscar season is here again, and for the first time ever, I made an effort to watch all the Best Picture nominees before the big day. This also means that, for the first time, I have a clearer idea of who to pick in making my annual Academy Award winners wish list.

Of course, the roster of nominees isn’t without its share of eyebrow-raising upsets: Extremely Loud and Incredibly Close is up for Best Picture and Transformers: Dark of the Moon scored more nominations than Drive and The Ides of March combined.

Then again, I’m sure the ceremonies will also have its share of niceties. 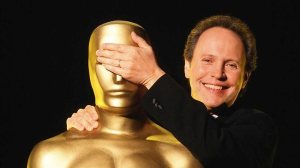 For one thing, Billy Crystal‘s doing hosting duties again this year. After that sleepwalking misfire perpetuated by Anne Hathaway and James Franco last year, the Academy probably thought “The hell with trying to be hip, let’s revert to formula”. Although part of me wishes they still hired somebody new to liven up the proceedings, we all know Crystal (himself an 11th hour replacement for Eddie Murphy) is a pro.

We’ll see how he fares in his 9th hosting stint tomorrow.

Odds are in favor of The Artist to win this major prize. In an era where CGI is slowly turning into the life-blood of movie-making, much to the ire of cinema purists, comes this exuberant, predominantly silent, black and white film that pays homage to talking cinema’s humble beginnings. By boldly ignoring the demands of commercialism and choosing instead to strip down to the basics of pure storytelling, this film doesn’t just define a generation. It celebrates the magic of cinema, which is what the Oscars should be all about.

Strong Contenders: Of course, don’t dismiss Hugo as a potential upset. This dazzling 3D fantasy was a huge leap of faith for Martin Scorcese. And just like The Artist, it’s also a celebration of cinema’s glorious past. Same goes for Alexander Payne‘s The Descendants, a well-written, beautifully-acted drama that evokes every possible emotion. Tate Taylor‘s heart-wrenching The Help and Woody Allen‘s Midnight in Paris are also strong possibilities but both are handicapped by lack of nominations for directing and acting, respectively. And then, there’s also Moneyball. This riveting underdog tale is the first baseball movie to be up for Best Picture since 1989’s Field of Dreams. But if it scores a surprise homerun, it would be a major upset.

LONG SHOTS: Terence Malick’s The Tree of Life is visually stunning, but it divided audiences when it was released. Some liked the pseudo-experimental narrative, while others simply wondered what the hell was going on. War Horse galloped its way into moviegoers’ hearts, but is still far from being on the same league as Steven Spielberg‘s more iconic films. And speaking of not being on the same league, it still baffles us how Extremely Loud and Incredibly Close – arguably Stephen Daldry‘s most manipulative work to date, managed to score a nod. Never, since 1963’s Cleopatra, has a Best Picture nominee been this critically lambasted and reviled. While it boasts a powerhouse cast, the film (just like the book it was based on) polarized audiences for trivializing a recent world tragedy. A dubious adjunct to the roster, at the expense of other worthy candidates like Drive, Tinker Tailor Soldier Spy, and The Girl With the Dragon Tattoo.

Martin Scorsese surprised us this year. Known for his dark, violent, film-noiric past work, the director ventured out of his element and gave us something akin to a bedtime story. It was a risk that yielded incredible results and could very well earn the Oscar late-bloomer his second award.

Strong Contenders: Michel Hazanavicius transported us back to cinema’s glorious past, Alexander Payne tugged on our heartstrings, and Woody Allen reminded us of his heyday. Any of those three directors would be worthy usurpers.

Long Shot: Terence Malick deserves brownie points for pushing the boundaries last year, but there’s possible backlash from Tree of Life haters should the Academy dare to give him the award.

For a performance that barely required him to speak, French actor Jean Dujardin was charming as faded silent film star George Valentin. I’m looking forward to him doing an impromptu tap dance onstage if he wins.

Close Contenders: Then again, don’t count George Clooney out just yet. His subtle but powerful portrayal of long-suffering patriarch Matt King in The Descendants earned him his fair share of praise and accolades. Ditto for Brad Pitt in Moneyball. And there’s also Gary Oldman, scoring his first (HIS FIRST!) Oscar nod for his chilling performance in Tinker Tailor Soldier Spy. What took you so long, Academy?

Long Shot: Demian Bichir came out of nowhere and overtook pre-Oscar favorites Michael Fassbender, Leonardo DiCaprio and Ryan Gosling. Judging from the few clips I saw from A Better Life, his performance was impressive. But was he worth the gamble?

It’s a tight race between two nominees this year, but I’m rooting for Viola Davis for her fiery portrayal of Aibileen Clark in The Help. In a role that could’ve easily been dismissed as stereotypical and cliche, Ms. Davis displayed incredible depth in her performance and brought a new perspective on the plight of African American maids during the 1960s. However, if Viola wins, it would be by a hair. Because…

Legitimate Threat: …she is up against the acting juggernaut who is Meryl Streep. Oddsmakers say her chameleon performance as Margaret Thatcher in The Iron Lady might finally break her 29-year Oscar drought. It’s not exactly her best role in recent years, so whether or not it happens, depends on how generous the Academy is feeling.

Nominated at the Wrong Year: Kudos to Glenn Close and Michelle Williams (second nomination for 2 years in a row!) for their astounding performances in Albert Nobbs and My Week With Marilyn, respectively, but the race is just too tight this year. Same with Rooney Mara who was ethereally creepy in her breakthrough performance in The Girl with a Dragon Tattoo.  So many talents, I don’t even know who to blame for bumping off  Tilda Swinton.

My guess is that Christopher Plummer will make history this year as the oldest-ever winner in this category. His performance as a closeted gay father in Beginners had been an odds-on favorite since the start of the awards season. If he wins, he’d be the happiest octogenarian in the planet.

(Not so) Close contenders: Plummer’s most formidable challenger in this race (at least in my opinion) is Kenneth Brannagh as Laurence Olivier in My Week with Marilyn. Comedian Jonah Hill is a fresh, youthful addition to the roster for his serious turn in Moneyball, but still far from winning. Max von Sydow was one of the few redeeming factors in Extremely Loud and Incredibly Close. And he played a mute!

Long Shot:  I’m not sure if Nick Nolte (Warrior) was a worthy replacement for Albert Brooks‘ villainous turn in Drive. 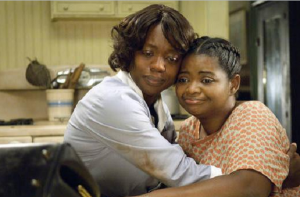 Like Plummer, Octavia Spencer is the clear odds-on favorite to clinch this award as the feisty Minny Jackson in The Help. Expect yet another memorable, emotional speech if she wins. Oh, and chocolate pies for everybody! (To those who’ve seen the movie: I’m kidding, I’m kidding)

Distant runners-up: Giving Spencer a run for her money, if that’s even possible at this point, are her co-star Jessica Chastain as the delightful Celia Foote, Berenice Bejo, who was a modern-day Cyd Charisse in The Artist, Melissa McCarthy in Bridesmaids (props to the Academy for recognizing a gross-out performance), and Janet McTeer AKA Albert Nobbs’ other gender bender.

If Woody Allen doesn’t win Best Director, he sure has a clear shot at bringing home one of the screenwriting awards. Midnight in Paris is trademark Woody and I think it’s even in the same calibre as some of his finest work. The odds are on him – even if he doesn’t attend the ceremony.

Close Contenders: Only less than 10 words were uttered throughout The Artist, but the film is poetry in motion. Bridesmaids could be a potential surprise. A Separation is a lock for Best Foreign Language Film, but a long shot here, and so is Margin Call, sporting its only nomination.

The winning collaboration of Alexander Payne, Nat Faxon and Jim Rash vividly brought to life the spirit of Kaui Hart Hemming’s novel and took us all to an emotional journey with The Descendants. The film faces tough competition in all other categories, but it’s a near-lock here.

Close Competitors: Let’s not forget though that Aaron Sorkin (last year’s winner for The Social Network) is nominated again this year for Moneyball, and the momentum is also strong for Hugo.

Long Shots: It’s an uphill battle in this category for Tinker, Tailor, Soldier, Spy and The Ides of March (unfortunately the film’s sole nomination).

You can feel the dearth in this category this year. The only Pixar movie that would have been eligible was Cars 2 and it was a critical dud. I still can’t fathom why they left out The Adventures of Tintin , when it’s nominated for Best Original Score. My money’s on Rango in this one.

Long Shots: Kung Fu Panda 2 and Puss in Boots were crowd-pleasers, but I don’t think the Academy is ready to crown yet another sequel or spin-off. No one has heard of nor seen A Cat in Paris and Chico and Rita, though they do look intriguing.

A Separation from Iran is the clear favorite. After all, it’s also up for Best Original Screenplay. Other nominees that will try to thwart the odds are Bullhead (Belgium), Footnote (Israel), In Darkness (Poland) and Monsieur Lazhar (French-speaking Canada). To those who are wondering, the Philippine entry was Ang Babae Sa Septic Tank. While it’s a brilliant satirical portrait of the local indie film industry, the Academy probably wasn’t ready to recognize a title that reminded them of feces.

Here are my choices for the rest of the categories:

BEST CINEMATOGRAPHY: The Tree of Life

NOTE: I haven’t seen any of the nominees in the following categories, so my picks here are random guesses at best:

BEST DOCUMENTARY, SHORT SUBJECT: The Tsunami and the Cherry Blossom

All this Oscar blogging is making me nostalgic.